Jamotec, S.L. Founded in 1994 as a specialized company for ´ham holders´ for the food industry and butcher's. Nowadays, JAMOTEC's Ham Holders are present in over 50 different countries around the world.

Jamotec, S.L. management and technical team invented the "Rolling Disc System", which was a GLOBAL INNOVATION at the time. The mechanics of this innovative system is extremely reliable and precise, allowing the ham cutter to slice the ham in a comfortable and fast way as never seen before. Time has proven this important technical improvement has set a turning point in the knife carving experience.

With a vanguard design and the quality that characterizes the *Jamotec* products come the newly developed
*F2 Rocker* and *F2+ Rocker* models.

Made entirely of solid stainless steel or combined with wood, both have as novelty:
• Cutting Edge Disc Rolling
• Innovate Tilting System controlled by four powerful ball bearings.
• A New Jamotec Support with swivelling, retractable spikes and cams which keep the ham totally still.

The *F2+ Rocker* model consists of a Genuine Bi-Directional Fully Rotational System. This system allows the client to perfectly see the carve of ham, allowing those who carve the ham to position it accordingly, keeping the ham TOTALLY STILL at any angle for a safe carve, even suitable for hams up to 16 Kg of weight 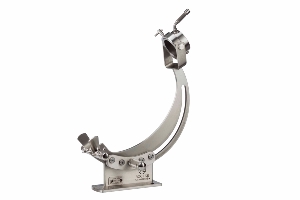 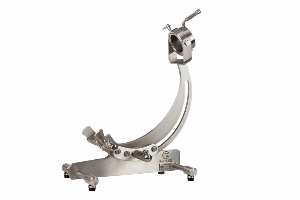 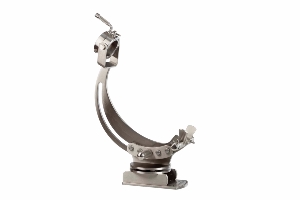 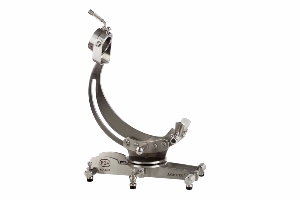